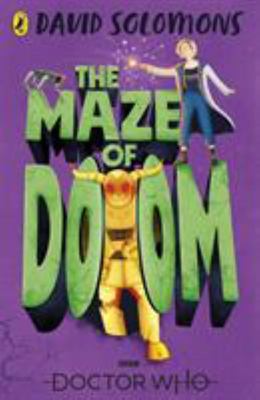 "David Solomons's zany, inimitable wit makes for a series of capers that are thrilling and satisfying."- The Guardianon The Secret in Vault 13

An ancient artifact buried deep within the TARDIS leads the Doctor back to London, where a deadly predator prowls the tunnels beneath the city. As the Time Lord and her friends investigate, they uncover a mystery that will take them from a secret mountain base to the depths of the ocean - and if they cannot solve it, one of them will perish.

In order to save her friend, the Doctor must solve the riddle of ... the Maze of Doom!